“I have never tried that before, so I think I should definitely be able to do that”, said Pippi Longstocking. What an awesome approach to taking on the unknown!

The way I remember hearing the story told, my parents sat on a bank overlooking a lake when a toddler (me) walked to the waters edge. They watched for a while waiting for me to stop as the water deepened, but I didn’t. I kept walking into the lake even when the water was over my head. My parents fished me out after it became abundantly clear that I would not, and did not, know when to stop.

Not knowing my limits is a behavioural trait I still need to be aware of as an adult. Before I ran I used to love rock hopping, which meant paddling out to a rock in the ocean on an old surfboard to go fishing and diving on my own. Each time I found a rock to enjoy, it would soon be replaced with the desire to go further out to another. The end result was ultimately being kilometres out in the ocean and finally no more rocks to discover. I do not attribute this behavior to being solely due to my autism, but to being a core part of who I am, my character, actively curious about life and the limits to which I can go. What I do attribute to the autism however, is the inability to always see the limits, dangers, and consequences of pushing to the extent that I do. Because of this I have a network of close friends and family who will tell me when they see that I am getting in over my head.

Writing these blogs really helps me see that my growth parallels my desire to always get to the next rock. The first rock was getting out the sports shoes due to built up frustration with no outlet for the pressures of life. The second rock was pushing my body far beyond it’s limits by not having control over my obsession. The third rock was having the correct diagnosis so I could start to bring about positive change in my life. And the fourth rock, but far from the last, was how implementing correct guidelines can bring about success.

My rock hopping of course did not stop there, I will alway be pushing the boundaries of what I can achieve. As each distance milestone for running was achieved it always got quickly replaced with another rock that I could see out in the distance. Standing on the last rock I asked myself, “What’s next? Do I start multi-day events (I had placed 9th in the 2016 Koning van Spanje ultimate multi-day event)? Start doing 24hr events as I love running in circles? Or follow my dream to run long distance trail runs?”

While visiting to compete in a trail running event, someone close to me brought up the idea of the Tarawera 102km Ultra run. They wanted to complete all of the Tarawera events and had not yet competed in this distance, so I of course gleefully offered my legs to run next to them. This presented a new rock to aim for, but this time I was faced with a fear that in the past has almost crippled me… the fear of failure. If I don’t have control over the outcome of a situation, I begin to sweat and go into avoidance mode due to the stress upon my mind and body. Because of this, I have always avoided one on one games or challenges/situations where I am not 100% positive that I can win. I have a very good friend who has helped me greatly in dealing with this fear by forcing me to play computer/board games with him. However, when it comes to running 102km, the outcome falls very much into the unknown.

I had 8 months to train and get myself ready for the challenge. Having a training plan laid out, and focusing on changing my diet left the physical side sorted. What I really needed to work on was the mental stamina required to achieve pushing the body that far. Near the end of 2015 I was training for a multi-day event, and during that time I had attempted to do the 100km distance alone but had to abandon at 73km due to bad weather. I had gained some confidence from this and decided the best way to prepare for the Tarawera 102 Ultra was to run 100km in training so I would be confident on race day. I attempted to do this 6 months out from race day, but once again, only reached 73km while also picking up an overuse injury.

When you are so afraid of the unknown, sometimes the best way to get past the fear is for the fear to become a reality. I had now tasted my worst fear; defeat. Back in the hands of the physiotherapist, I no longer had control of sticking to the plan I had laid out. Tasting the thing I feared most helped me to understand that, even though Pippi Longstocking has a great attitude in her approach to taking on the unknown, there also needs to be the understanding that failure is always a possibility. Failure is nothing to be fearful of as it is a normal part of life when stepping into the unknown.

In the early hours of February 2017 I stood at the start line, before me was a figurative lake into which I was about to walk. Despite being unaware of what would transpire, I took off with the confidence of Pippi Longstocking, but also with the understanding that I can only control so much of the hours to follow. Crossing the finish line it became clear that I was over prepared, and the lake was never more than waist deep. I had done it.

Having identified and dealt with the fear of failure, I stand on my latest rock and ask, “What now?” There are still so many rocks that I have never tried before. Looking at them I ponder and think that I should definitely be able to reach the unknown. 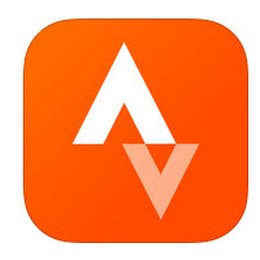